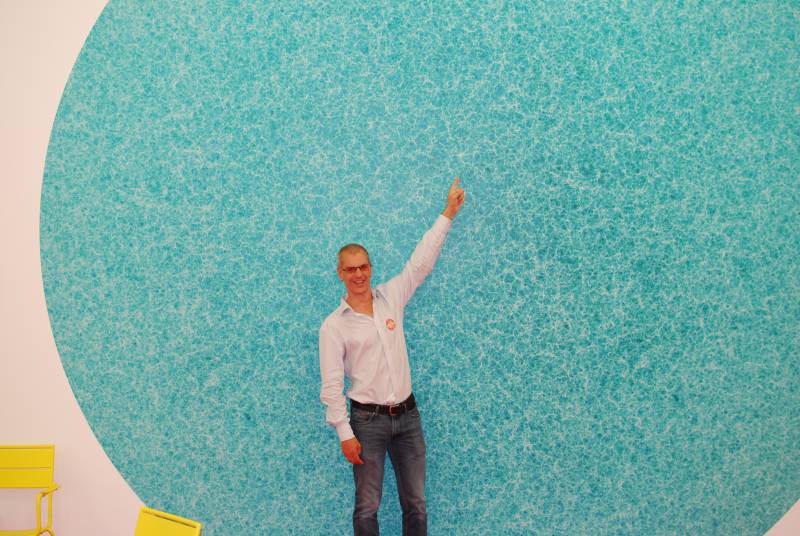 You are here: Dr Joachim Stadel's image at the 100 Ways of Thinking Exhibit

A slice through the invisible Universe of dark matter. We are located at the center of the image, in the Present, and the structures extend around us in all directions. The most distant regions observable by the Euclid satellite form the “edge” here at a radius of 10 billion light years, although the structures continue to extend beyond this. Since light takes 10 billion years to travel from this edge to us at the center, we see that the structure of the Universe has noticeably evolved via Gravitation during this time. It is considerably smoother in the past and the large empty regions, known as voids, are much more prominent at the present. The mission of Euclid is to measure this network-like structure and thereby lift the veil of mystery surrounding the nature of Dark Matter and Dark Energy. These dark “Actors” drive the entire evolution of the Universe, but remain puzzling for our understanding of Physics. The computer simulation which produced this map was run on the Piz Daint supercomputer at CSCS in Lugano, and is the largest and most accurate simulation of the dark matter in the Universe ever performed. Galaxies like the Milky Way, which at this scale would fit in the width of a human hair, live in the dark matter halos (dark brown colour).